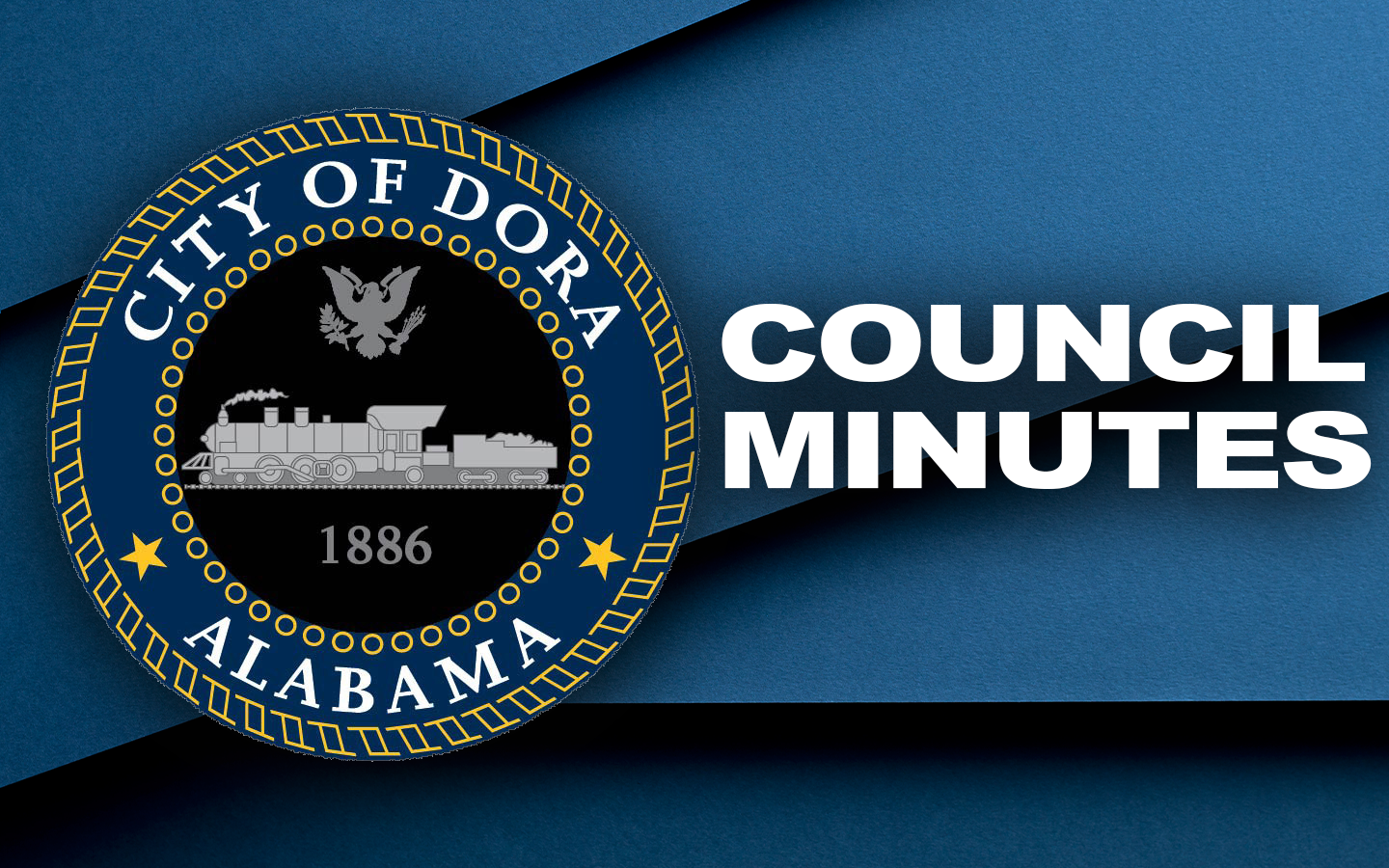 Regular Session Minutes of the

Council of the City of Dora, Alabama

The Council of the City of Dora, Alabama met in the Dora Municipal Building at 6:00 p.m. We were led in prayer by Norman Holt. The Pledge of Allegiance was led by Mayor Stephens.

Item #5— Approval of the Minutes – The minutes of the August 11, 2022 regular meeting minutes were reviewed. A motion was made by Norman Holt to accept the minutes as written. The motion was seconded by Gary Thomas. All in favor and the motion was carried.

Item #7— Bill List – A motion was made by George Sides, Jr. to approve the bill lists dated August 23, 2022. Motion was seconded by Randy Spears. All in favor and the motion was carried.

Item #9 – Police Department Request –The police department K-9 vehicle needs a larger dog transport box which costs $750 and a camper shell for the truck which costs $2818.75 for a total cost estimate of $3568.75. A motion was made by Randy Spears to approve this purchase to be paid out of the municipal court fund and David Box seconded the motion. All in favor and the motion carried.

Item #10 – Hyche Center –Hyche Center has not paid rent for the month of August and has informed us that she has vacated the building. Her lease ends December 1, 2022. She owes $500 total in late fees for this year. A motion was made by Chris Edwards to inspect the property and if the property was left in good condition and cleaned with no damages then she will be responsible for only past due late fees that she owes of $500, and we will allow the lease to be terminated. If the property is found to be in poor condition with damages, then she will be responsible for the cost of the damages and the monthly rent and the late fees until the lease expires. Motion was seconded by Randy Spears. All in favor and the motion carried.

Item #11 –Lake House Demolition– There were several contractors called for bids on demolition of the lake house and only two quotes were received. Tommy Freeman made a bid of $8750 to tear down the house and shed and the block walls, haul debris to landfill with the City of Dora to pay the landfill fees and Tommy Freeman will keep all scrap metal. As an addendum to the quote, he will remove all the concrete on the driveway except twenty feet from the main road for an additional $850. A second quote was received from Jeremy Hicks to perform these services at a cost of $25,000. A motion was made by Randy Spears to accept the total bid by Tommy Freeman for $9600. Motion was seconded by Chris Edwards. All in favor and the motion carried.

Chris Edwards made the motion to adjourn the meeting. Randy Spears seconded the motion. All in favor and meeting was adjourned.